Who is weightlifter Sanket Sargar ?

There’s wasn’t much of a smile on Sanket Mahadev Sargar’s face, as he stood on a podium in Birmingham. He raised his eyebrows often, accentuating the worry-lines on his forehead, as a silver medal is placed around his neck – a small piece of cherished metal that covers the sling that supported his right arm. Moments earlier, he’d been lifting weights well over his 55kg body frame – a final total of 248kg would keep him just one kilogram behind the eventual winner Aniq Kasdan of Malaysia.

But there is no mistaking the enthusiasm and joy in his footsteps. For, on Saturday, the 21-year-old became India’s first medallist at the 2022 Commonwealth Games.

Four years ago, he was working in the family paan and tea shop in Sangli, Maharashtra, when the dream and goal of becoming a Commonwealth Games medallist first emerged in his mind. He had been watching Gururaja Poojary win silver at Gold Coast 2018 on television.

When Gururaja stepped on the podium in Australia, Sargar was already training to be a weightlifter for five years. Now he had more meaning to push further. Today, he owns the same medal of his own.

And he’s reached this juncture in his young career despite starting training in weightlifting in 2013 at the Digvijay Weighlifting Centre near the paan shop. His father Mahadev once sheltered the thought of becoming a sportsperson but was unable to fulfil that goal. But he encouraged his son to take up the struggle of becoming a professional athlete. 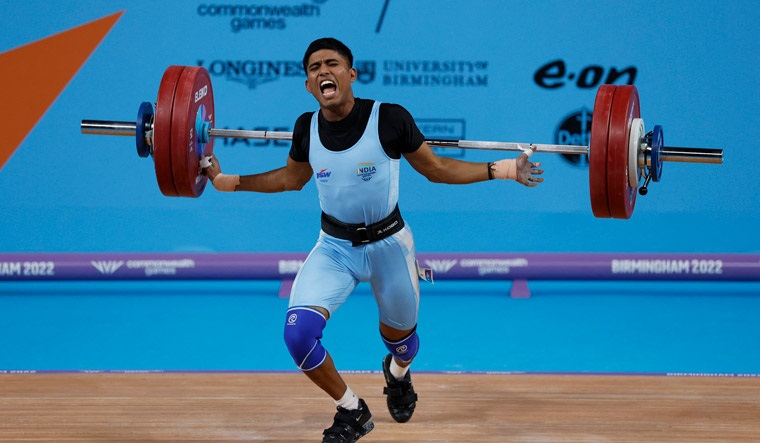 Not just Sargar, his younger sister Kajol too is pursuing the sport and had won gold at the Khelo India Youth Games last month. She made daily visits to a local gymnasium to watch her elder brother Sanket train as a weightlifter and then eventually took up the sport and starred at KIYG in Panchkula.

The journey to the top though had not been smooth. He handled the paan shop and pursued his sporting endeavours at the same time. But it helped him keep his feet on the ground.

“I learned how to manage both of them. Sport is important, but you also have to learn the ways of living. That job helped me a lot. It helped me how to present myself, and how to talk to people. It also taught me how to deal with stress and control my emotions,” he had told Sportstar.

— — Information via Sports Authority of India

He had to be patient to book his ticket to Birmingham, especially since he delivered an underwhelming performance at the 2021 World Championships – he failed to register a single legitimate lift in the clean and jerk. That could have played on his mind in Birmingham, but he got the one lift that mattered before injuring himself. At the Singapore Open earlier this year, he lifted a Commonwealth record 143 kg in clean and jerk and 256 kg overall.

On Saturday he was on track get the better of Kasdan but for the untimely injury during his second attempt, that he evidently aggravated in the third.

But he has learnt how to be patient, and that will help him to come back strong again.