Have you been kept up at night wondering what the meaning of your name is? 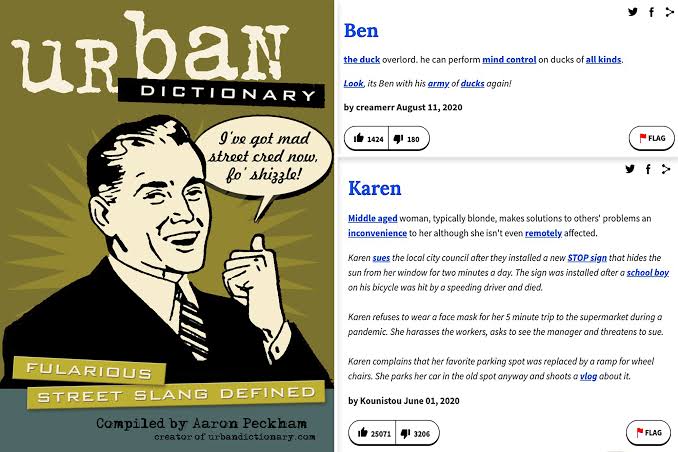 Sleep well, friend, because Urban Dictionary can surely tell you.

For whatever reason, Urban Dictionary — an online dictionary launched in 1999 where anyone can submit definitions for slang terms — was trending on social media Tuesday morning. People were sharing how Urban Dictionary defined their names with the majority being extremely flattering, almost as if someone with that name was writing the definition themselves (surely not, though).

For example, one Twitter user named Fidan found this to be one of the definitions of the name:

“Fidan is the most amazing woman in the world. She is incredibly beautiful, insanely intelligent and will make you laugh every sing day. Her flowing long hair and brown eyes will captivate you. Her kisses are like kissing clouds and shall leave you speechless…”

It goes on, but you get the picture.

As is wont with Twitter users, many expressed condemnation for anyone who dared take part in a lighthearted trend that wasn’t about some ill going on in the world.

“Yeah no body is reading ur urban dictionary definition of your name,” states one user whose handle shockingly isn’t “NoFun@Parties”.

“Ya’ll are too old to be searching your names on Urban Dictionary,” says another who isn’t entirely wrong.

For the record, the definition of the name “Claudia” is as follows: “One of the most amazing people around. She is funny and beautiful in a unique way and seems super confident but is also super insecure… if you hurt her … well [let’s] just say, sleep with one eye open.”

How can that not be accurate?

You can see what your own name means – but be warned that there is NSFW content – at UrbanDictionary.com.